This week is pretty much the last straw, weather-wise. If Facebook has taught me anything, it's that everyone on the East Coast is about to crack. Happy Valentine's Day?

Snow days aside, we have actually had a couple of great food experiences this week. First up, last Saturday. Dixon went to a birthday party at The Rotunda (the Lego Movie) and instead of Cooper and I going home for a couple hours, we went to Hampden - shopping at Trohv, eating at The Other Corner and then a final drink at 13.5% Wine Bar.

I'd been dying to get to The Other Corner and it did not disappoint me in the slightest. It's cute and cozy and friendly - and while we were there, the music was very Monsters of Classic Rock. Think Ratt, "Round and Round." It was great.

We started with drinks - something like a Pisco Sour for me and a Corpse Reviver for Cooper. Then we switched to wine - The Other Corner's house red is St. Cosmes Cote du Rhone, which used to be a particular favorite around here (I bought the very last case at Wells on two separate occasions).

We ate our way through much of the menu, starting with the house charcuterie board: 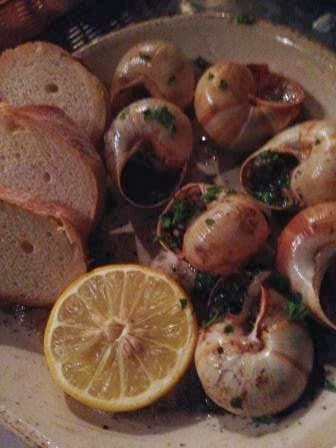 And bone marrow - ridiculous as always (plus, they sent our scraped bones home with a couple who has a dog - so nice): 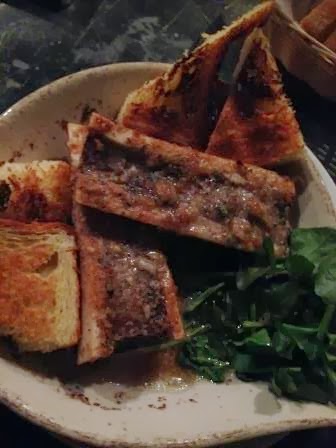 Dishes not pictured include a cold smoked trout salad and blood sausage in a warm tomato sauce. They were great. All of it was.

After a couple hours, we decided to walk down the street for one more drink at 13.5%, which is as cool and mid-century inspired as The Other Corner was charming and rustic.

Our drinks - a floral prosecco drink for me and a lemon and honey drink for Cooper: 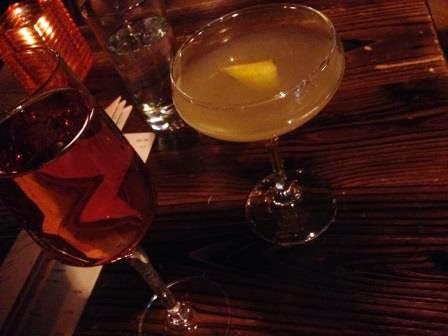 It was, truly, the best use of a birthday party ever.

I've done some snowy and cold cooking, too - including a big batch of tomato sauce we ate on Sunday with pasta and venison sausage (the Bargers and Swartses helped). I was flustered while I was cooking - the weather took a turn for the worse and Cooper ended up having to go out to help a bunch of people get their cars unstuck. As a result, I forgot to take a picture - and I really wanted to photograph the huge spiral of venison sausage. It triggered a lot of jokes.

We got our venison on last night, too, with a stroganoff: 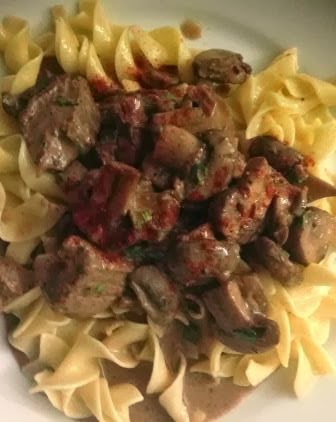 I've made this a couple of times and am pretty pleased with it. I use this recipe as a starting point but tinker with it here and there - last night I subbed tarragon for the dill. It's hearty and has fantastic flavor.

Tonight, our big Valentine's Day plans include a Malbec Throwdown at the Bargers' house. Should be interesting. And then it's going to snow again. Woohoo?
Posted by Kit Pollard at 10:25 AM