I have been working waaaay too much lately. As a result, the blog is suffering. I'm sorry!
(Believe me, Cooper and Dixon are suffering more. Working a lot makes me cranky.)

I have a crazy long list of posts I'm planning to write - including three that I've been
putting off since last summer. I'm going to put those off for a little longer.
Instead, today, here are a bunch of picture of food I've made for recent parties.

My dad's birthday wasn't only about oysters. We also had a bunch of snacks,
including asparagus pickles and radishes with salt and herb butter: 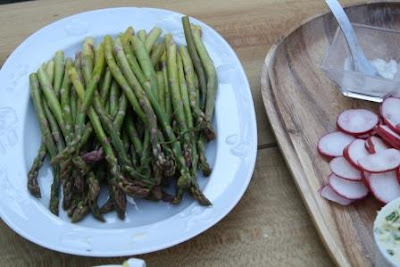 The radishes are my go-to. I use whatever fresh herbs I have lying around
for the butter, slice the radishes very thin, and serve the whole thing with toasted bread.

The asparagus was a new thing - and a good thing. I couldn't eat many
(they are pickles, after all), but they were a nice way to use asparagus.

I also made ham delights: 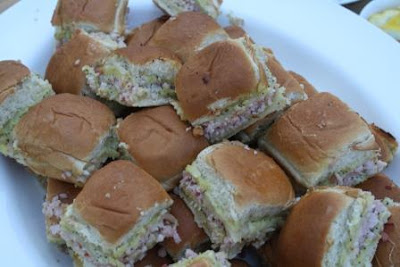 I'd made them once before, for Kyle and Mary's baby shower. I think they're
great party food - super easy to make (even in bulk), delicious, and a
fun alternative to ham biscuits.

A week after my dad's birthday, we threw an engagement party for our friends
Adam (aka Dieter) and Jen. The party was fun, though it would've been more fun -
I am sure - if Cooper hadn't come down with a particularly nasty strain of stomach flu
two hours before the guests arrived. He caught it from Dixon, who got sick a few hours
after my dad's party. Both of them were sick for a few days, which meant
our house was like a miserable hospital for nearly two weeks. It sucked.

But back to the party. In addition to oysters (obviously), we had lots of snacks,
like this creme fraiche dip, served with a bunch of vegetables: 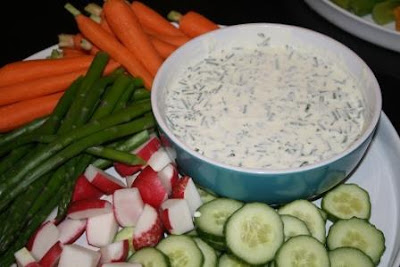 It was a nice, tart, clean dip. And easy!

I also made Hugh Acheson's celery and Parmesan-stuffed dates: 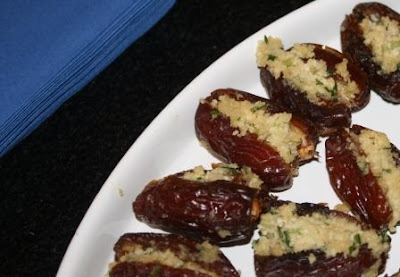 I've made those dates before - for Mother's Day last year. Their flavor is
interesting and unexpected - they're always a hit.

You know what else is always a hit? Heart of palm dip: 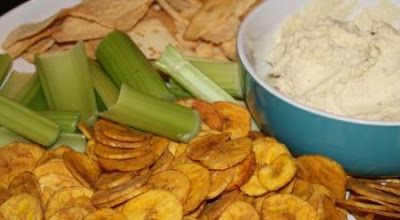 I made that for the Swarts baby shower - and I've made it several times since then.
It's a tangy alternative to hummus...and super popular. I doubled the recipe for this party,
but probably should've tripled it. Every bite was gone by the end of the night.

As regular readers probably know, I'm not much of a baker. Why bake when
you can buy gorgeous desserts from local pastry shops? Support  local business!

That's just what I did for the engagement party. I ordered an engagement cake
PLUS a small birthday cake (for a friend of Jen's) from Bonjour on Falls Road.

The people at Bonjour could not possibly be nicer.
And their cakes are gorgeous and delicious: 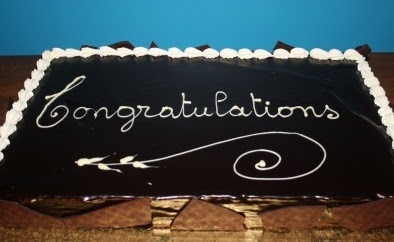 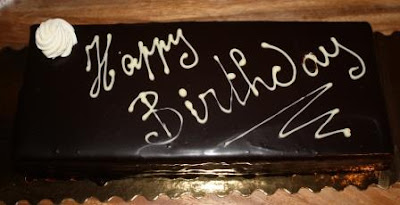 I also forgot to take a picture of our specialty cocktail - an extremely potent, fruity rum punch.
Two sips and I was more than ready to be on a beach.

At the party, we also served thinly sliced, grilled London broil with horsey sauce
and sweet rolls. We had a pile of meat left over, so I spent the next few days eating fajitas: 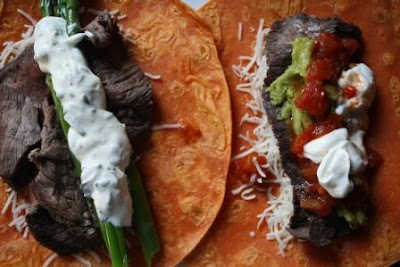 The one on the right is a standard fajita, but the one on the left used leftover
creme fraiche dip and asparagus. It was nice!


I've done some non-party cooking, too. At some point, I'll post my rough recipe
for smoky, garlicky hot sauce: 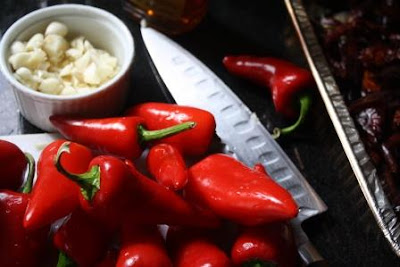 I'm still working out all the recipe details, but I've discovered that I really enjoy hot sauce-making.

Finally, I'll leave you with this: 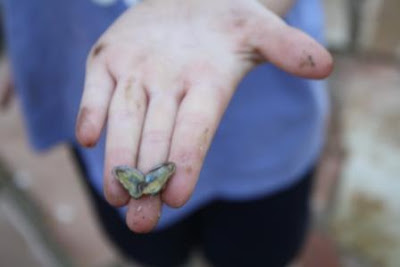 A tiny mussel Dixon found in an oyster on my dad's birthday. It's not a pearl,
but it still must be lucky, right?
Posted by Kit Pollard at 9:05 AM