Today is Cooper's birthday. And this is his cake: 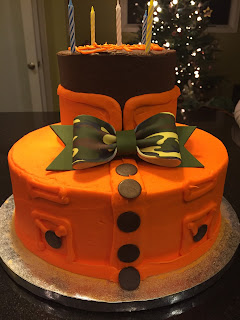 It was a gift from our friends Audrey and George, who spotted it at Sam's Club last month. (Not this specific cake. This one is much fresher than that.)

It's pretty much the most Cooper cake I can imagine.

When we celebrated here last night, with Cooper's family, it was just the latest event during what has, so far, been quite a festive month.

Among other things, DRP and I went shopping in Hampden, including a stop at Charm City Chocolate, and then we came home, all three of us decorated the tree and we tried to ration the chocolate-covered Oreos so they'd last. 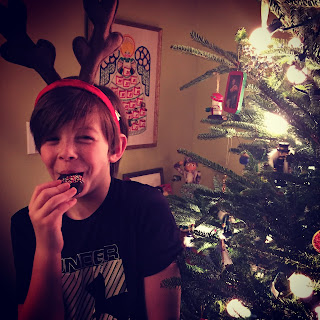 Last weekend was a busy one, too. On Saturday, I took Mimi (our niece) to Maria Springer's gingerbread house workshop. A few years ago, I wrote an article about Maria and what she does - she is the nicest lady and she makes the best gingerbread houses.

She used to host gingerbread house teas at her home in Phoenix, but just after I wrote the article, she and her husband moved to a condo and she shifted the gingerbread festivities to a church on Hampton Lane. The tea part of the day is no longer - which is a shame - but the house-decorating is still just as fun.

Mimi was an incredible house decorator - so patient and creative, with an amazing dedication to symmetry. Her focus was super impressive - especially considering that she was about 48 hours shy of her seventh birthday.
After the gingerbread decorating, Cooper and I got ourselves dolled up to go over to Kyle and Mary's for the 9th annual carol and crawl party. We retired the house-to-house nature of the party years ago, so there hasn't been any "crawling" for about six years, and the only "caroling" comes late night (and hopefully doesn't disturb any neighbors). But the party is still a great time.

This year, both Cooper and Kyle really brought it with the outfits (George was similarly dressed, but I didn't get a picture of all three of them): 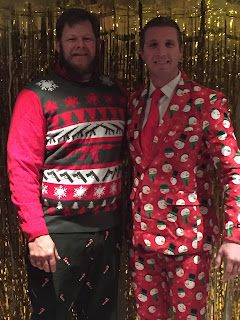 On the Pollard front, possibly the most exciting part of the weekend the completion of the cheese knife Dixon hand made for Kyle and Mary: 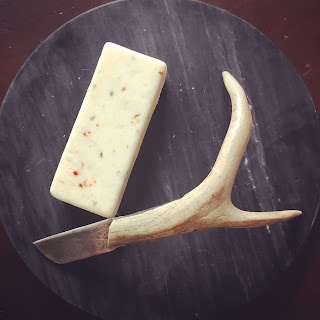 Knife-making is a new hobby for DRP; he's pretty taken with it. A while back, Cooper bought a bunch of antique saws at an auction. For these knives, he (Cooper) cuts a knife blank from one of the saws, then Dixon files and sands it down until it has a sharp edge. Then, the two of them work together to hook it into an antler handle. (The antlers, apparently, we just have laying around.)

It's a lot of work for Dixon, but he loves it, and the end result is pretty cool. I'm not sure who was most excited to see this end product - Cooper and me, Kyle and Mary (who had placed an order for the knife), or Dixon, who is extremely, and understandably proud of himself.