Culture Shopping: Findings from the Field

Last April or May, I got an email from Kris Henry who was, at the time, the editor of the Taste section of the Sun. She had an idea for a series about local shops that carry products from different international cuisines and she wanted to know if I was interested in writing it. Oh, was I ever.

Over the course of the next ten or so months, I wrote eight stories, covering cuisines from Afro-Caribbean to Italian. For each, I researched the cuisines themselves, talking to bloggers, shop-owners and restaurateurs, I tracked down recipes, and I visited anywhere from 5 to 20 shops specializing in the food of a specific culture.

If that sounds like a lot of work, well, it was. But it was so worth it. I learned an incredible amount. So much more than I expected.

Overall, the biggest thing I learned was that if you ask people in Baltimore to talk to you about the food of their heritage, they will be thrilled to do just that.

If you smile at them and ask questions, they won't be offended that you don't already know all about their shop or their cuisine. They'll share what they know, they'll cut you bits of cheese and force candy into your hands, and they'll send you recipes their aunts and dads and mother's coworkers used to make.

And when all the research has been done and the article runs in the paper, they'll call to say thank you.

As with any subject with this rich, I had to pick and choose what to include in each article. There just wasn't room for absolutely everything and because of the nature of the articles, including my opinions wouldn't have been appropriate.

So, in order of appearance of the original articles, here are a few extra bits and pieces, including some of my more random observations and opinions. (Original articles are linked in the titles.) 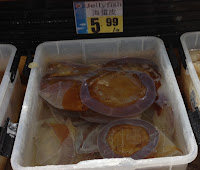 Holy smokes, Howard County is lucky when it comes to the Asian/international grocery store scene.

This was the first article I wrote and, for a variety of reasons, the most daunting. "Asian cuisine" is almost comically broad and many of the grocery stores I visited were enormous, filled with more ingredients than I could ever hope to catalog. The biggest bags of rice. The most varieties of mushrooms. So many fish and crustaceans. Jellyfish. JELLYFISH.

While this category is filled with incredible shopping options, for my money, Great Wall offers the single best international shopping experience of the entire series. I can't imagine that there's anything you can't buy there. It's overwhelming in the most fabulous way. 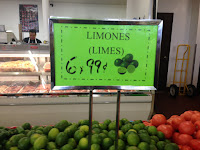 Latin American markets have the most inexpensive limes. I visited these shops last spring, during that weird lime crisis, when the Mexican cartels were holding American ladies' margaritas hostage (or something like that?) and at regular grocery stores, lime costs were through the roof.

That wasn't happening at the Latin American shops, though, where I was buying up all the citrus I could see.

During these excursions, I also fell in love with Cinco de Mayo in Highlandtown (it's so busy and fun!) and Jalapenos in Glen Burnie, which is probably the area's biggest Latin American market.

At Jalapenos, I bought a couple flavors of homemade salsa in little plastic containers...and then promptly scorched my taste buds. The flavors were great and the heat index...that was the real deal.

Afro-Caribbean
Before I started this story, I thought I knew some things about Afro-Caribbean cuisine. I was wrong. Well, not completely. I'd eaten Ethiopian food and island food and I was familiar with a lot of the flavors, but as it turns out, I didn't really know much about the ingredients that go into those dishes. 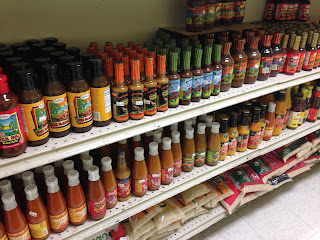 Fortunately, the people in these shops were super sweet. I especially liked the people and selection at All in One on Harford Road, and the extremely sweet and helpful lady behind the counter at Island Food Market on Park Heights Avenue. 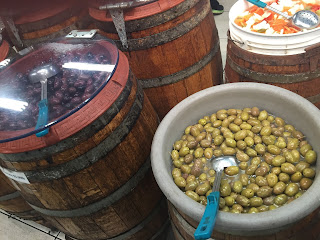 There aren't a lot of Greek markets in Baltimore, but the ones we have are good. (And, I should note, a lot of the markets I visited during the Middle Eastern market research also carried Greek products.)

Dmitri's in Mount Vernon is fancy, but wow does it smell good. Seriously, I was starving about ten seconds after walking in. It's exactly the right place to buy someone who loves food a really nice hostess gift.

And Prima. I absolutely cannot say enough great things about Prima Foods. I spent an hour there, tasting feta, learning about domestic vs. European products and generally getting a deep education on all things Greece. If you have a question, they will answer it - and they could not be nicer. 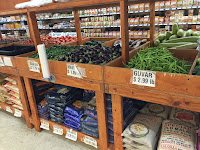 But what I found at Indian stores, maybe more so than at Asian or Middle Eastern shops, was that the proprietors were super friendly. They were more than happy to walk me up and down the aisles, explaining every spice and bean.

Italian
If you ever have the opportunity to write about Italian markets, especially during the weeks between Thanksgiving and Christmas, do it. It's so fun. 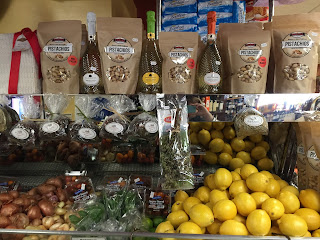 This was the cuisine I was most familiar with already. I'd been to most of the shops I visited for the article. It was not a hardship to visit them again. The atmospheres are festive, the people happy and the food so, so good. Ceriello in Belvedere Square and Mastellone's are the two shops I hit most frequently - because they are closest to my house. But on a Thursday morning, my senses were overwhelmed at DiPasquale's and both Pastore's. And during my Saturday morning visit to Trinacria, other shoppers were coming up to me while I looked around, anxious to tell me their favorite products and about their long family histories of visiting the store.

I didn't leave any of the stores empty-handed - how could I?

Middle Eastern
Before writing this article, I had no idea just how many Middle Eastern shops are around the area. This is driven at least in part, I think, by the religious need for halal butchers; most of the shops I went to were butchers that also carried some other products.

This article was challenging not just from a time management standpoint - it involved a lot of driving! - but also because the cuisine of the Middle East is quite varied. The region is huge, but  learned that many of the stores focus on Persian cuisine, with a bit of Turkish thrown in.

I did have the loveliest time at Caspian Market, where the Iranian owner chatted with me forever, pointing out ingredients, explaining how they differ from similar American products and, at one point, slicing open a sweet lemon for me to taste right there in the middle of the store.

Also, if you're ever at Orchard Market and Cafe (a Towson restaurant, not actually a market), ask the owner about saffron. He should really write a book. 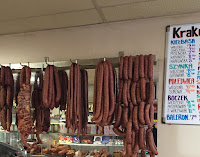 The final article in the series was something of a catch-all, including shops carrying products from Russia, Poland, Germany and, in the case of Old World in Randallstown, beers and sweets from all over the Continent. By the end of my research, I was thinking of this as the sausage-and-pickled-things category. 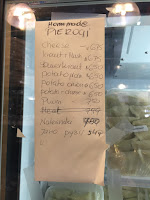 Wow, all that sausage was impressive. At Krakus in Fells, the air was thick with the scent of sausages smoking in the back. At Binkert in Rosedale, I got lucky, showing up when the shop was closed but the staff was there, making sausages for delivery the next day, so I ended up with an up-close tour of, literally, how the sausage gets made. 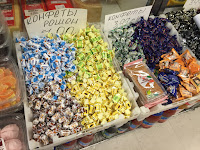 And then there were the Russians. Who knew they were so into sweets? Seriously, candy everywhere. Everywhere. (And now, as a result of that, in my house, too.)

As it turns out, the story of Russians and their collective sweet tooth was a great note to go out on.

This project was, no doubt, a massive amount of work. But what a pleasure it was, from start to finish. I have learned so much about food, about culture and - maybe most importantly - about how kind and open the people of Baltimore are when it comes to talking about food. Like a great book or a very special movie, I'm a little sad that it's over, but I know that it'll stay with me for a long time.
Posted by Kit Pollard at 9:34 PM