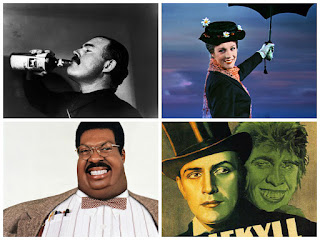 You know what science is good for? Affirming and formally categorizing the anecdotal stuff we already know. Today's example: this 2015 study that establishes the four archetypes of drunk people.

(I found this on Facebook, via The Cut. And since I'm on vacation, it feels especially appropriate.)

The study appears to be inspired by Buzzfeed-style lists (like all good scientific studies). Participants - students at the University of Missouri-Columbia - completed a 40-minute survey about their alcohol-related behavior (how much they drink and how they act when they drink). The participants each also brought along a "drinking buddy" - someone who could accurately describe their behavior both when sober and drunk. The buddies also completed the survey, answering the questions about their friends.

The researchers examined the results using five factors: extroversion, agreeableness, conscientiousness, emotional stability and intellect. They found that drunk people do, in fact, fall into a handful of certain types ("clustering" in research speak).

There's the Hemingway (little change, like the legendary boozehound), the Mary Poppins (who gets nicer and more agreeable), the Nutty Professor (Fun Bobby) and the Mr. Hyde (kinda the opposite of Fun Bobby - the mean drunk).

The team behind the study sees implications here for addiction research and treatment. I mostly see validation. Of course, as The Cut mentions, there's at least one archetype missing - or maybe it's a subtype of Mr. Hyde - the weepy drunk.

Plus, college drinking is just a snapshot of someone's overall drinking career (as far as I can tell). I mean, when I think back on all my collegiate beer tears...well, let's just say there were a lot of them. Some happy, some sad. Some just emotional.

So many that were just emotional.