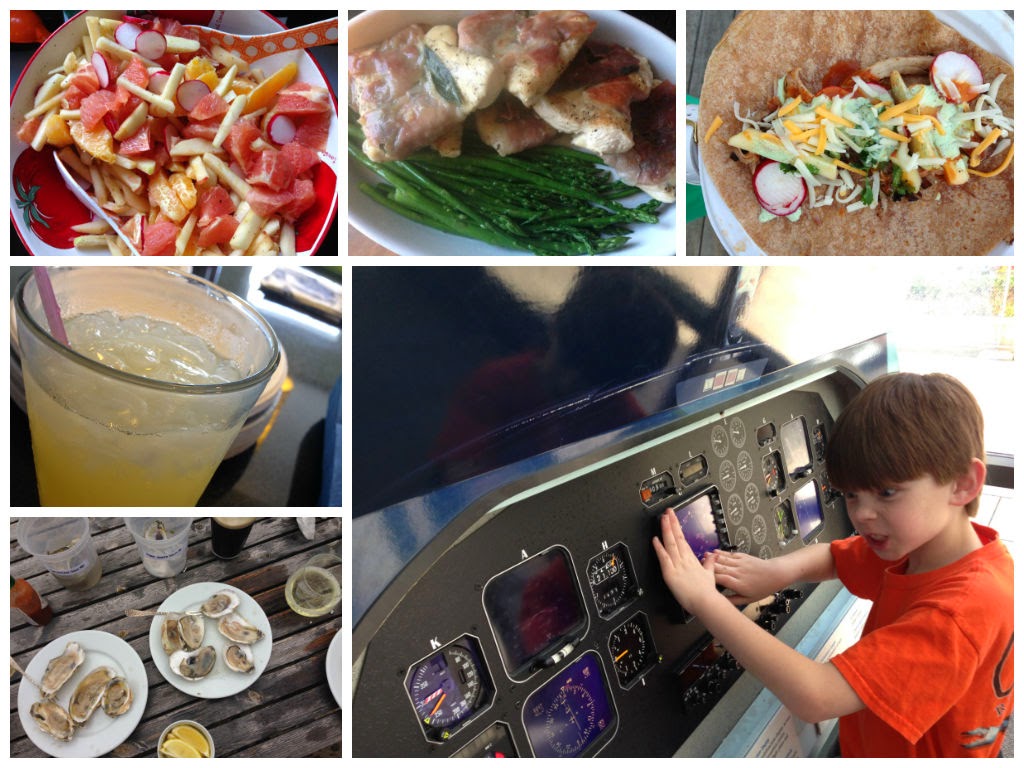 I blink and all of a sudden, it's Spring. Or, more accurately, after months of staring at my laptop, I look up and see the sun shining.

A few highlights, starting at the top left corner:
Not pictured: the fun and surprisingly good lunch I had with my friend/former Canton roommate at MaGerk's in Bel Air (a spicy shrimp wrap that was really nicely cooked and served with a side of edamame) or the amount of time I spent considering the Sun's 50 best restaurants list (I didn't help with it but after much thought, I don't disagree with any of it...and it reminded me that I really need to get to Bottega).

And no Easter is upon us, which means Dixon and I have some egg-dying to do today. Considering how long it took to arrive, this spring certainly is flying by.
Posted by Kit Pollard at 8:48 AM