And this would make a great gift for grill-happy dads: 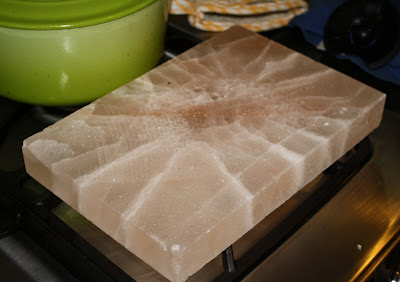 It's a Himalayan salt plate, in case you couldn't tell. My parents gave Cooper and me and one for Christmas and we used it for the first time a few weeks ago.

It is what it sounds like - a big block of salt from the Himalayas - and can be used as a serving tray (which is pretty) or for preparation. In the photo above, we're warming it up over a flame on our stove. That's the first step in using it to cook. Once it's hot enough, whatever you're grilling goes right on the block and the whole thing goes on the grill. Like this: 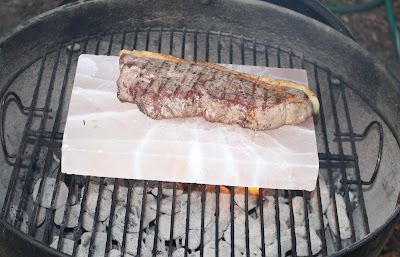