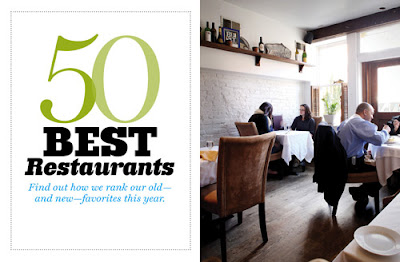 The March issue of Baltimore magazine is finally online and, with it, the magazine's ranked list of the city's 50 best restaurants. Careful readers (aka "my friends and family") will notice my name in the contributors list. What a great assigment. Last fall, Cooper and I got to have five seriously fantastic dinners out and all I had to do was a little writing. It's a good deal.

With only about 150 words to describe each restaurant, there's no way to share every detail of the experience. So here's a little more on each of the places I visited: