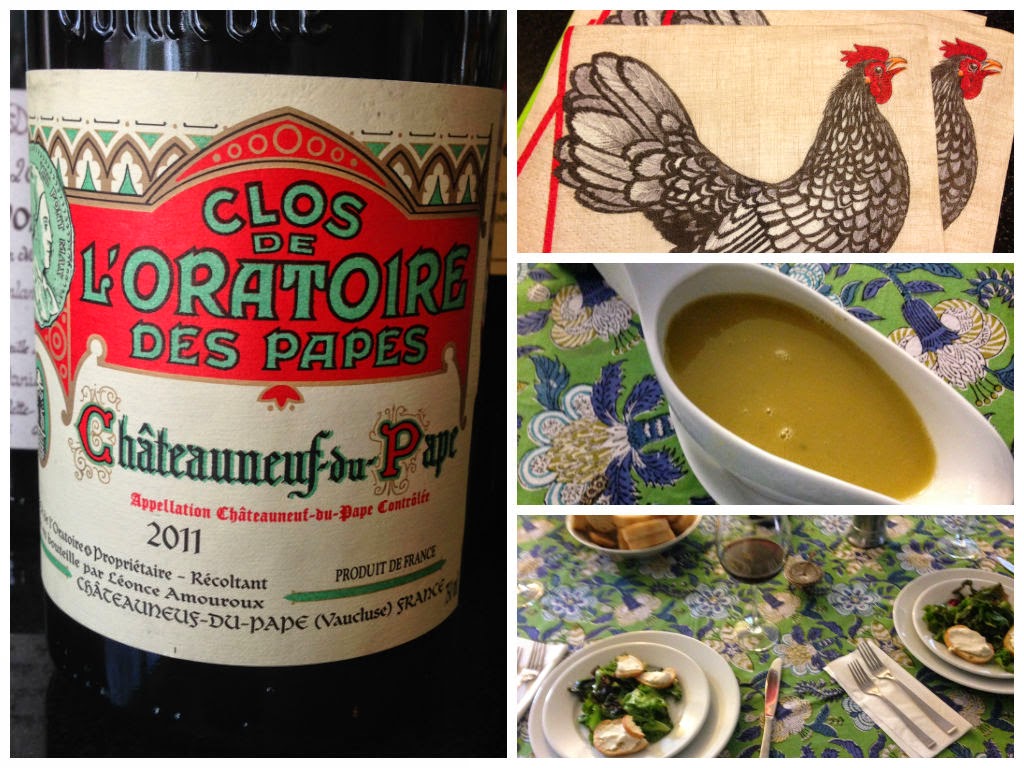 The week after we returned from Paris, we were happy to be home but still missing many of the finer points of Paris. So we invited some friends over for dinner, covered the table with the cloth I bought at Simrane, opened some Chateauneuf-du-Pape we bought at the duty free store in the airport, and set about making a French meal.

It was simple - we started with green salads with goat cheese toasts. Nothing crazy, but still very French. Then we served roasted potatoes with sliced, grilled London broil and a sauce that was a great approximation of the delicious, famous sauce at Relais de l'Entrecote.

I used this recipe for the sauce, which tasted very close to the original - but mine was definitely not as thick as what we had in Paris. Could've been my fault, not the recipe, though, as I doubled it and sometimes that messes with the reduction.

So, more than a month after we're back, here are my final thoughts on the trip.

First, some things I had forgotten:

On the practical side, there were a few things that made our trip easier than it could have been (things besides having friends living in the center of Paris - which, admittedly, was the best part):
And on the less practical side, there is just no other city that feels like Paris. For all its faults - and it has them - it's unflinchingly beautiful and just a lovely, inspiring place to be.