Entertaining Friday: What Does Forbes Need for a Good Party?

Back in 2005, Sophia Banay wrote an article for Forbes (yes, Forbes) on, "The World's Hottest Parties." It's not a long article and maybe that's why it seems weirdly incomplete to me - terse in a way. It's not that anything in the article says anything wrong exactly. It just feels oddly incomplete. Almost like it was written as an inside joke.

The P.Diddy White Party (2009 invitation at left) got a mention, along with a note that though the door policy is very strict in terms of attire, the guest list is "stellar" and Diddy's hosting abilities are, apparently, pretty top-notch.

Top-notch how? Well Banay doesn't really get into that. In fact, her actual description of what makes for a great party boils down to just a few things:

On top of these tips, Banay points out that cultural factors will influence the type of party you can expect to have. She quotes Tatler writer and professional partygoer Richard Dennen, who says that American parties are bigger and "brasher" than their European counterparts. Oh, us tacky, brassy Yanks.

OK, maybe they've got a point, at least within the confines of the article. It's possible that Le Bal des Debutantes looks a smidge classier than the Playboy Midsummer Night's Dream Party: 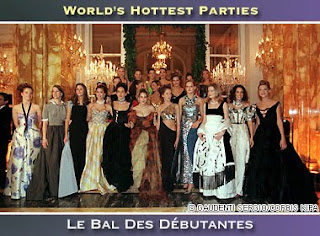 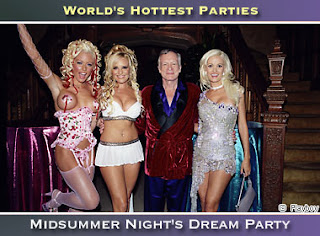 Well, at least we know who looks like they're having more fun.