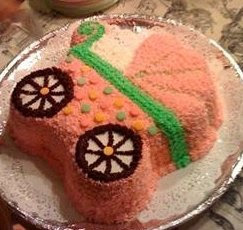 I had a busy weekend and not just because I spent all day Saturday working.

Late Saturday afternoon, I headed up to Alicia's sister-in-law's house for the "girls only" sort of baby shower (as opposed to the girls/boys/keg shower we hosted here last month). Unsurprisingly, since it was a Barger event, the shower was a blast and everyone had a great time. Some food-related highlights:

She and Mike both come from strong entertaining stock, obviously. Their baby is going to give Dixon a run for his party boy money.