No post last week! Eek! Sorry! The week just got away from me, as they sometimes do. Just work stuff...though some of it was fun. More on that later.

Then came this weekend, which was busy with food and fun. Elsewhere in Baltimore, people were having a blast at the Emporiyum. I'm sorry we had to miss that - but we had our own stuff.

First, Friday night: Mother/Son Extreme Game Night (aka the boy version of the Father/Daughter Dance). It was...warm at Stoneleigh, so Dixon and I mostly hung out outside. There were snowballs. DRP's order was egg custard. Obvs. 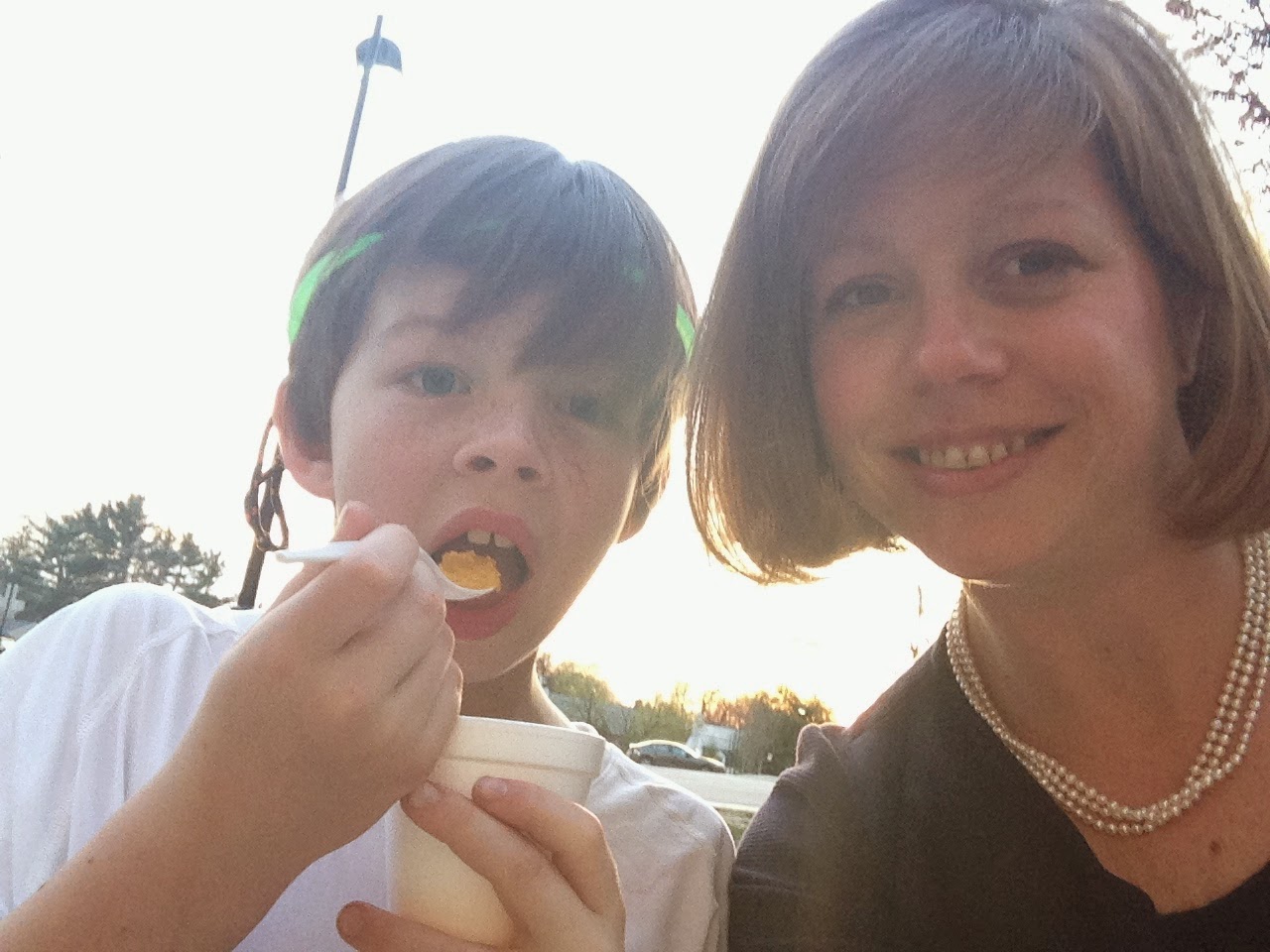 Before the party, we went to Bateman's for dinner with a whole bunch of people. It was kind of chaotic, with like 20 kids and 13 moms. Our team of waiters were both awesome and saintly.

It also marked something that felt like a milestone to me: the first time Dixon sat at a restaurant table without Cooper and/or me. He was, I'm happy to report, very good. Maybe a little louder than I would normally like...but it was Bateman's, not the Prime Rib.

I'm not sure when I first sat at a table without my parents but I do have a strong memory of eating dinner at The Narrows with my cousins, while my aunt and uncle and parents sat together at a separate table. Even though my parents were three feet away, it felt very grown up and independent. Dixon, unsurprisingly, loved the Bateman's experience.

On Saturday, we co-hosted a couple's baby shower for Patrick and Tiffany (Patrick is Cooper's friend from high school). It was gorgeous out and a lot of fun. 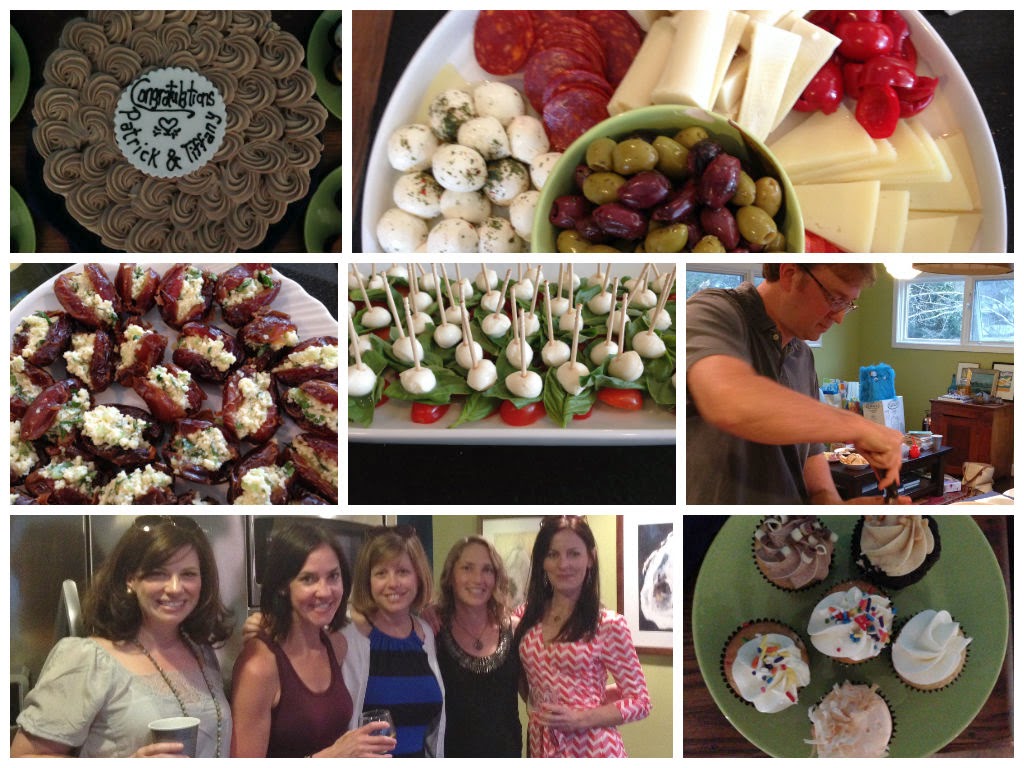 We kept the menu simple - tons of London broil, sliced thin for sandwiches, caprese bites, parmesan and celery-stuffed dates and antipasto platters. The cake and cupcakes came from La Cakerie in Towson (working with them was fantastic - the cake was delicious and the people couldn't have been nicer). We, of course, had about ten times too much food. Enough that friends were taking bags of meat home as party favors. Bags of meat. Classy.

Sunday morning I, like many, many other sorority girls, hustled over to Target to try to buy some Lilly. When I arrived around 7:30, the line was this long: 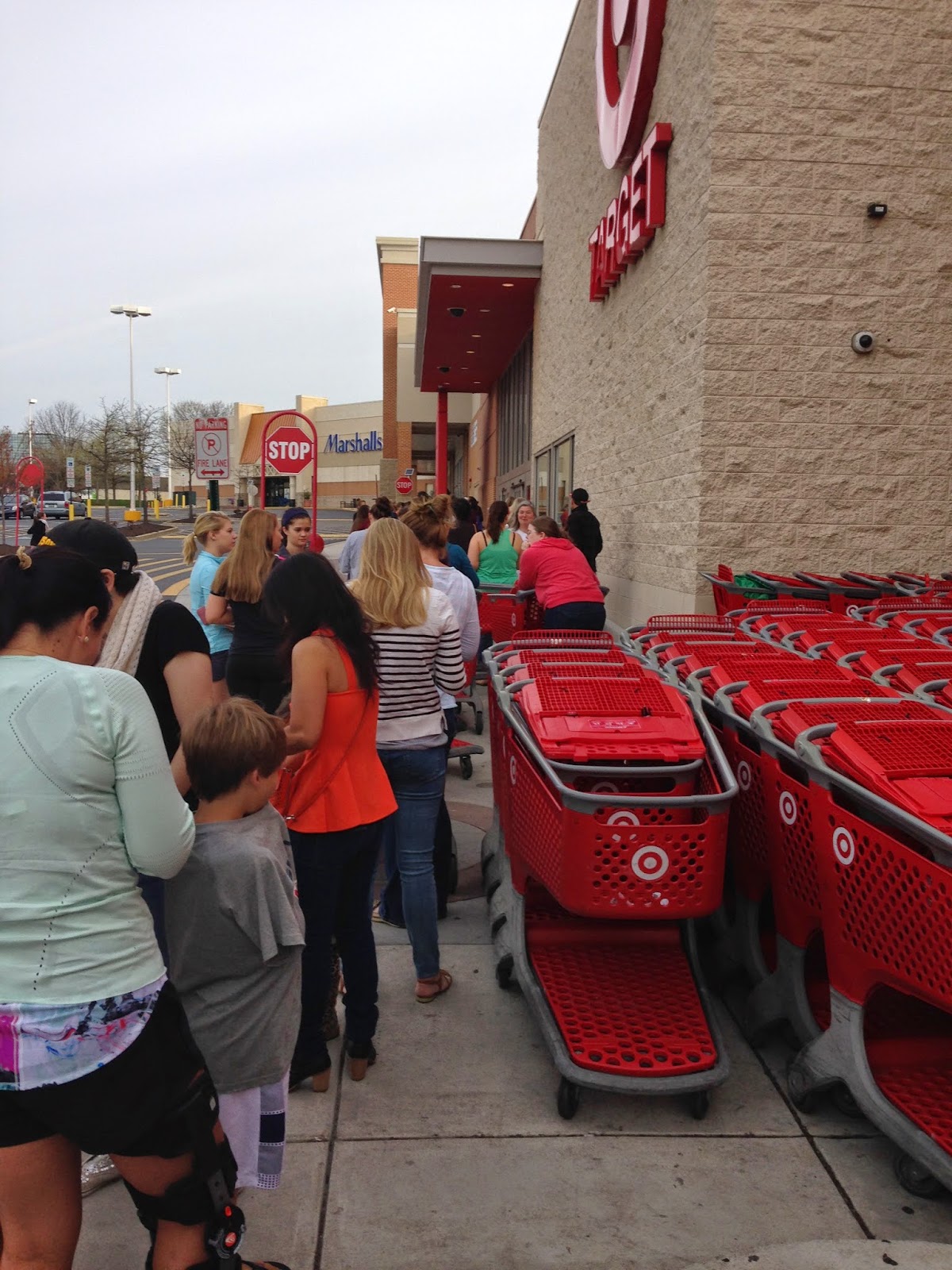 Fifteen minutes later, it was much, much longer.

I'm not much of a competitive shopper - I don't have the patience for it - but it was kind of a fun thing to see in action. I walked away with a handful of things - whatever I could grab, really - and I'm taking at least one of them back today. (Jumpsuits are...not flattering.)

I know some people are angry at the way the whole thing was handled but I can't work up a lather about it. It all went about how I expected - from the website crashing to the quickly emptied racks to the overpriced stuff now on eBay. The eBay stuff is regrettable but in the end, I'm sure those resellers will get burned. People just aren't going to pay that much for clothes that, when it comes down to it, are from Target.

Finally, we closed out the weekend watching our niece, Mimi, perform in Three Ring Theater's adorable version of Charlotte's Web and with dinner at Cooper's cousin's house.