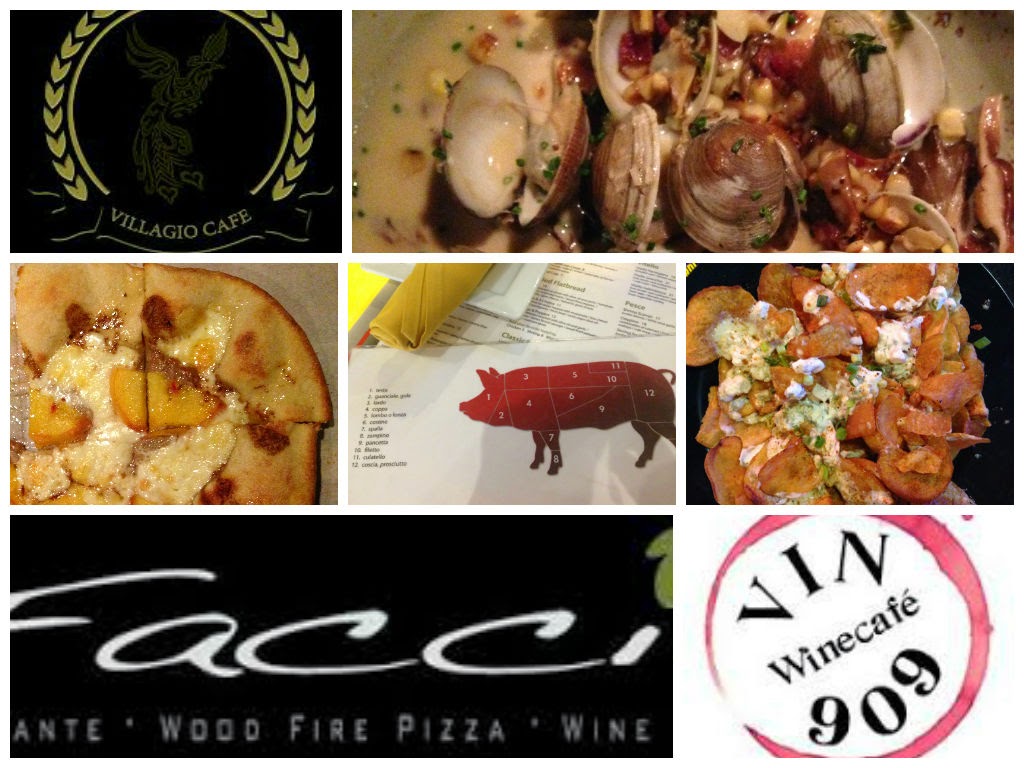 This fall, we've found ourselves revisiting a lot of restaurants that we went to, first, to review.

The end result? A bunch of good meals and crappy pictures. Here's the rundown:

In mid-September, the night before my mom's birthday, we were in Annapolis, so we went to VIN 909 with our friends Suzanne and Clancy.

VIN 909 was one of the first restaurants Cooper and I reviewed for The Sun; we liked it a lot. The wine is interesting and pizzas and small plates were very good.

The same was true the second time around. The wait, I will admit, was crazy long (Suzanne and I left the boys at the restaurant, went to the HERE opening party, then came back, so we were efficient.) But the food was worth it. Among other things, we loved the foie and peach pizza, summery clams, and a simple but delicious crab roll.

The following week, we grabbed a quick pre-back to school night dinner at Villagio Cafe, another spot we liked very much the first time around. The people behind the restaurant made me love them even more, too, when they sent me a thank you note following my review! They took the gentle criticisms I did include to heart and made some changes, too (no more plastic silverware). I was both flattered and impressed - thank you notes are just the best.

We were in a bit of a hurry, so we kept dinner simple - just kabobs - but they were really good. Not that that's a surprise.

A couple weeks later, we had a big day. That night, one of the guys who works with Cooper was getting married so, in the morning, we dropped Dixon off at Cooper's parents and headed over to CVP for lunch.

When we reviewed CVP, it had just reopened after a devastating fire, followed by a complete renovation. Having been there before the fire, we were pretty amazed by how great the place looked - and by how genuinely good the food was. Bar food, but still, good bar food.

Our main complaints, during that visit, were the service (slooooow) and the major f-bombs dropped, via music, at 7 p.m., long before the crowd was all old enough to handle the language.

This time around, we were there before noon...and the music was still a little suspect. But the burgers were good, as were the black and bleu chips (housemade Old Bay chips topped with blue cheese). And, since we a) sat at the bar and b) were the only people there, the service was good, too.

We've actually been back to CVP a few times since that first review...and it's consistent.

That night, just before the wedding, we stopped in at Facci for a quick drink (we were early). The restaurant looks great, as ever, and the staff was super friendly. We didn't eat...but if we had, I'm sure the meal would've been as good as it was the first time we went. When it was very good.

Then we went to the wedding, which was lovely, and we headed back home. As we walked to the car, we got a text from Alicia and Mike, who were on their way home from a different wedding. "We're going to Ryan's Daughter," they said. "Meet us there." 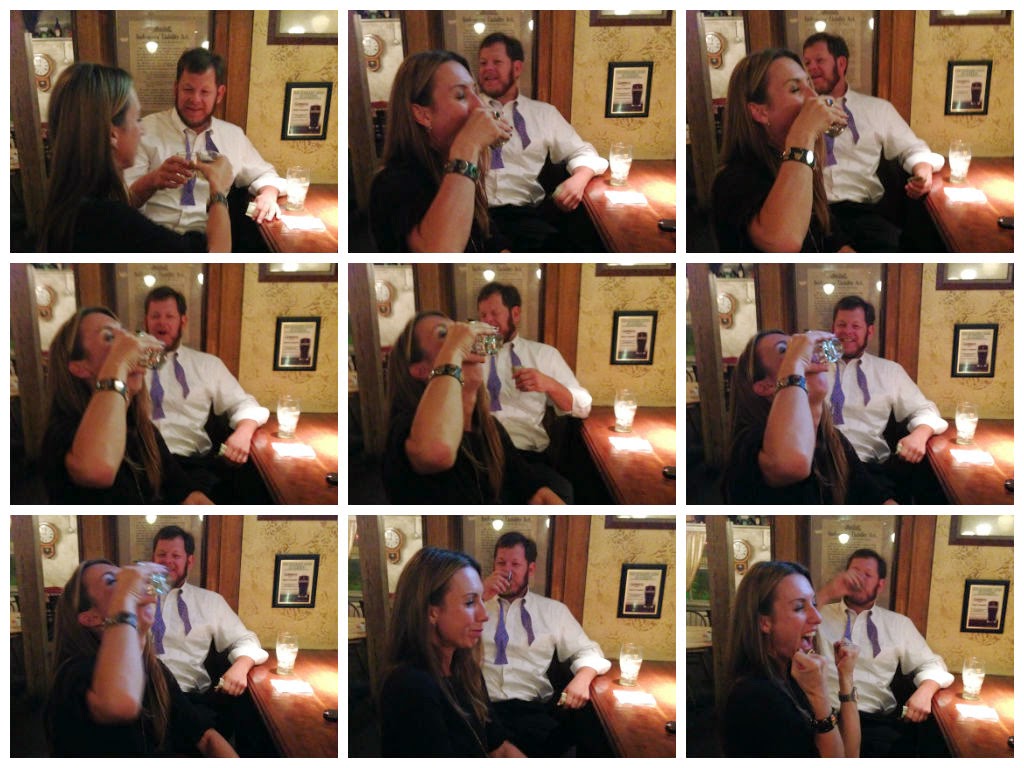 "Upping our Irishness." That's what Alicia calls it, anyway. Good times. Funny stuff.
Posted by Kit Pollard at 9:44 AM