Yesterday, The Washington Post published some interesting charts of alcohol consumption by state: 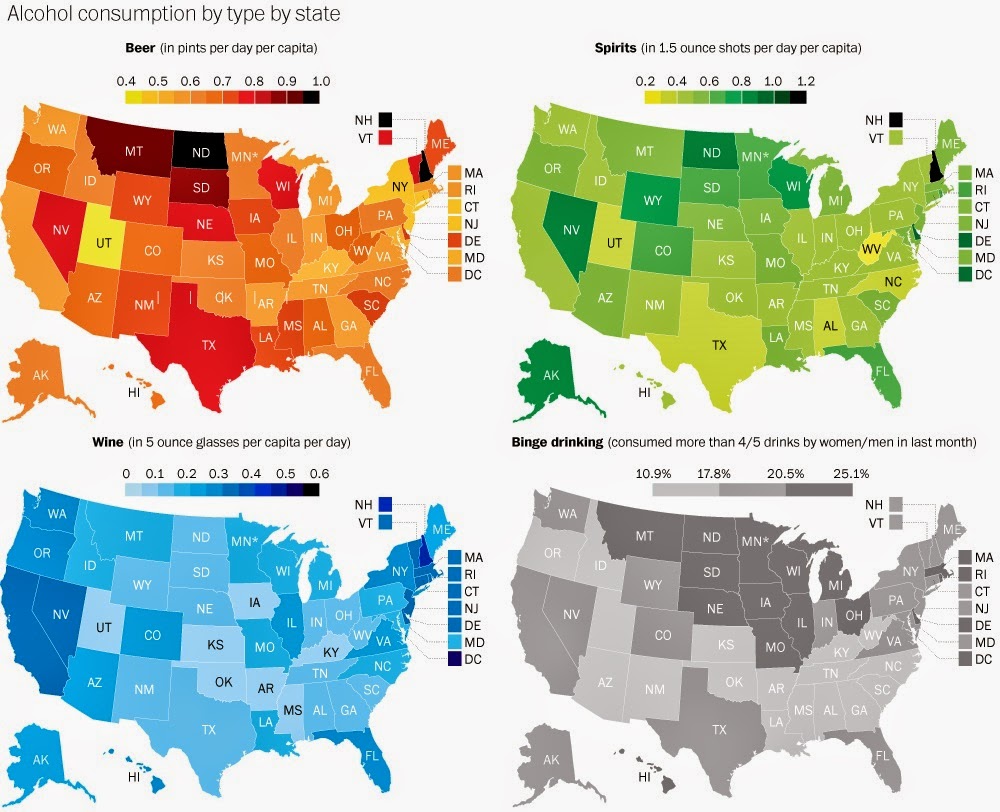 Both are teeny tiny, and the findings are based on per capita consumption, so that probably explains some of the discrepancy between the two locations and Maryland, which is tucked right in between.

But interesting, nonetheless.
Posted by Kit Pollard at 8:25 AM