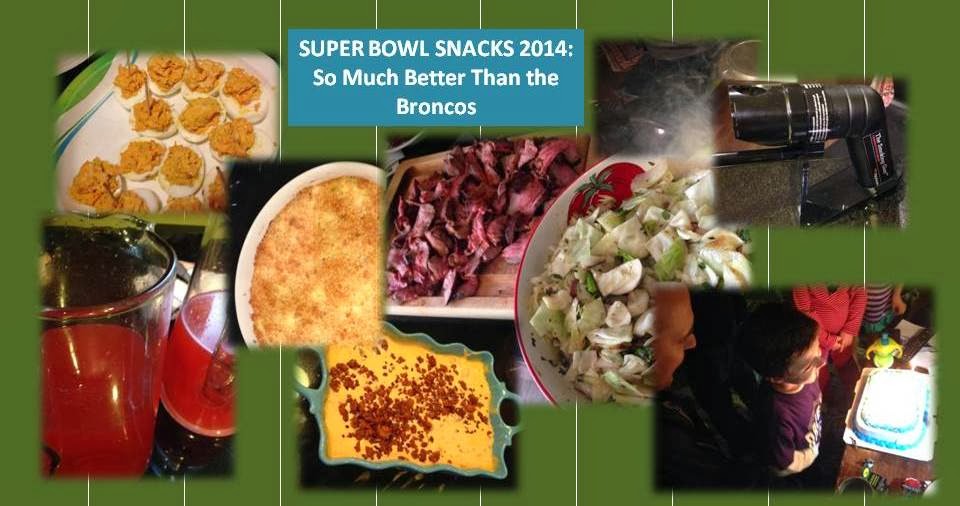 I'm skipping Vintage Tuesday again this week - but today I'm replacing the usual post with one about our weekend Super Bowl festivities.

About a week before the game, Alicia sent out a text including nothing more than a photo of Bon Appetit's Super Bowl menu and a suggestion that we go Mexican this year. So we did.

Alicia took care of the creamy queso with chorizo and also brought a jalapeno-popper inspired dip and salsa and guac. I made a huge batch of fajitas with grilled cabbage and scallions - seriously, I have so many tortillas left over - and a batch of BA's recommended cocktail, the nacho vidal.

The dips both rocked and so did the fajitas (the cabbage is so much better than it could be - we all loved it). The drink, though...well, let's just say I wasn't a fan. I should've known, since there recipe calls for 1 1/2 cups of Campari, which is always - ALWAYS - too bitter for me. I ended up adding some sugar and water to the pitcher (no time for simple syrup) and a few people liked it. Just not me.

We had a few classic Super Bowl flavors, too - Bill brought wings and Jen and Mark brought a plate of Buffalo chicken-topped deviled eggs. They also brought Mark's new toy, a smoking gun he bought after the two of them spent New Year's drinking fancy, smoky cocktails in Miami. He smoked his fajita, which was a total show. It's pretty cool.

We celebrated halftime with a rousing rendition of "Happy Birthday," sung to Will, who turned six at the end of January, and slices of ice cream cake topped with the kind of blue icing that manages to make its way across every kid's face in a matter of minutes. That stuff is like magic. Or a virus.

All in all, a good night - though not quite as exciting as last year. None of us really had a dog in this fight - though Mike did wear an orange sweater hoping for a Broncos win and Audrey donned a green shirt for the Seahawks. But both left happy.