Dinners That Were OK

Gremolata shrimp with spiced butter via the October 2013 Food & Wine: 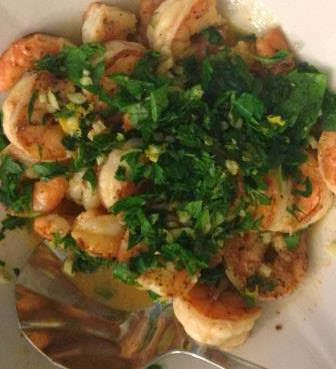 Not bad, but the flavors were actually a little too strong for me. 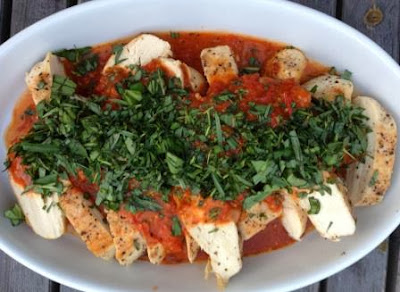 I actually liked this one (I changed the recipe a bit, giving the tomatoes
a swirl in the blender to turn them into a saucier sauce and using basil
instead of parsley because Weis was out of parsley...and what grocery
store runs out of parsley?). Dixon liked it, too. But Cooper thought
it was just kind of whatever.

I've had a third recent blah dinner: Bon Appetit's October eggplant parmesan
recipe that roasts the eggplant instead of pan-frying. I thought it sounded
easier than the way I usually roll. It was easier. But it was also way, way,
way, way, way less good.

So there it is: recent not-quite-successes but not all-out disasters in my kitchen.
Business as usual.
Posted by Kit Pollard at 7:33 AM