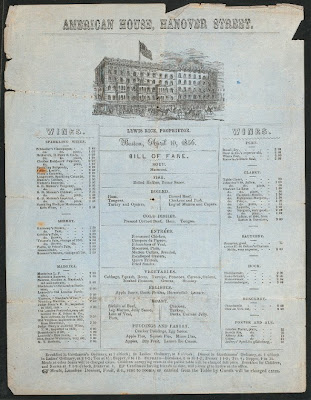 A while back (almost two years ago), DC Jason sent me a link to a New York Public library website that included a bunch of digitized images of menus, like the one above. The menu at the top is from the American House, on Hanover Street in Boston, and was written around 1856. It's a little hard to read, but you know what surprises me most? Look at all that wine! I think of wine as a largely European (or Thomas Jeffersony) concern until the mid-20th century, but I'm obviously mistaken.

It's gone now, but this is what the American House looked like during the 1850's, when the menu was written. 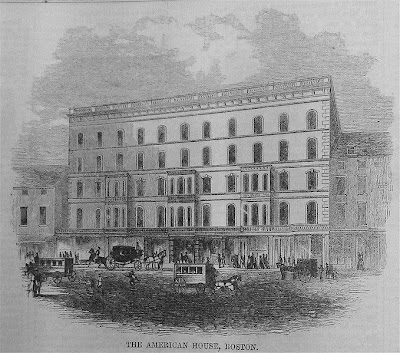 The menu is part of a collection that was donated by Miss Frank E. Buttolph, who began collecting menus in 1851. It's an impressive piece of American history and well worth a browse.

Neat discovery. Thanks for sharing that link. Great post.