It's March - finally - and chez Pollard, that means one thing: St. Patrick's Day. Or, more accurately, St. Patrick's Month, since around these parts, we dedicate most of March to celebrating our Irish heritage.

This year, our only official celebration comes tomorrow, when we kick off the month with our annual Fake St. Patrick's Day at Ryan's Daughter (conceived in 2007, when I accidentally organized a big celebration the week before the Baltimore parade).

To get in the St. Pat's spirit, here are a few holiday photos: 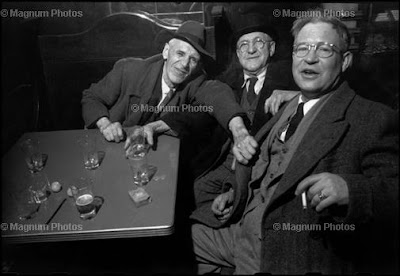 St. Patrick's Day, New York, 1947. Also not that different from how the inside of J. Patrick's might look next weekend (and always). Photographed by Henri Cartier-Bresson. 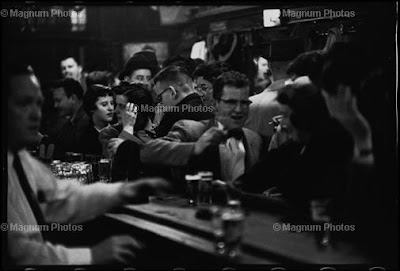 Irish drunks - I mean revelers - in Quebec in 1965. Photographed by Henri Cartier-Bresson. 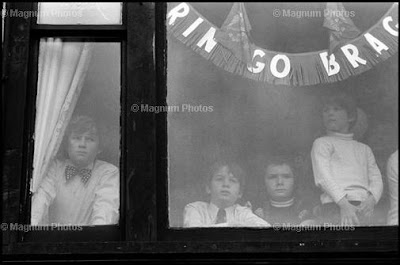 Kids watching the parade in South Boston in 1974. What struck me about this was - 1974? Doesn't it look like 1950? Photographed by Constantine Manos. 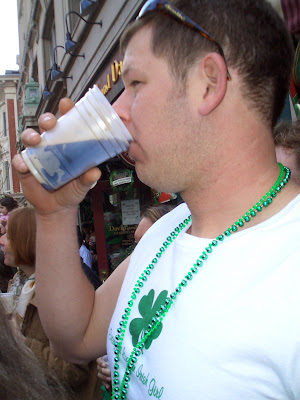 Cooper at the Baltimore parade in 2005. Yes, his shirt does say "Everyone Loves an Irish Girl." He and I wore matching shirts that year. We're cute like that. 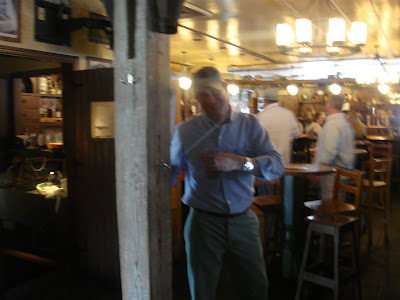 Mike at Fake St. Patrick's Day 2009. Believe it or not, this is the most in-focus picture I took the whole day.
Posted by Kit Pollard at 8:52 AM