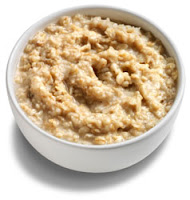 Proving that DG's Paige Phelps is a bit of a visionary, and that I'm right that 2010 is the year of the whiskey, Serious Eats quotes The Guardian, which claims, "we're currently in the midst of a porridge renaissance...everyone from McDonald's to Michelin-starred restaurants serving it."