Last week, Apartment Therapy linked to the kind of site where I can lose hours and hours of my day. Radical Cartography is the brainchild of Harvard grad student Bill Rankin. AT honed right in on some of the prettier, older maps, like these maps of the Mississippi River from 1944 - and they are definitely worth a look.

But from a research geek perspective, I was more interested in some of the maps that Rankin and his friends created themselves. I'm still batting around food mapping ideas, and I found a lot of inspiration here. For example...

The density of the Hispanic population throughout the US - this has surely impacted food choices and offerings, right? 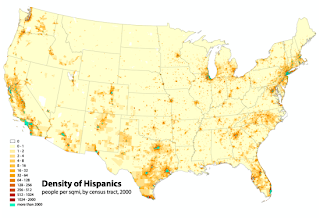 Thinking historically, I wonder how the creation of the National Road influenced regional cuisine. The families that traveled the road, did they leave bits of their histories behind? Can we still see their influence today? 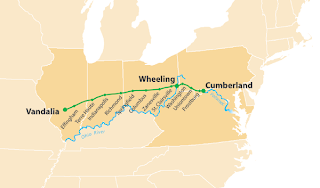 This little series of simple maps might have resonated the most with me. Rankin and two of his colleagues created their own "personal maps" of cities. This one, of Philadelphia, shows Rankin's movements around the city, how he gets around, and what he does. Overlay a bunch of additional people's maps on top of this one and you have a really interesting study of city use.