Unsurprisingly, we both ended 2014 and started 2015 with a lot of great food and fun and laughter. As busy as December always is for us, it's also stacked with family and friends.

And food. And booze. 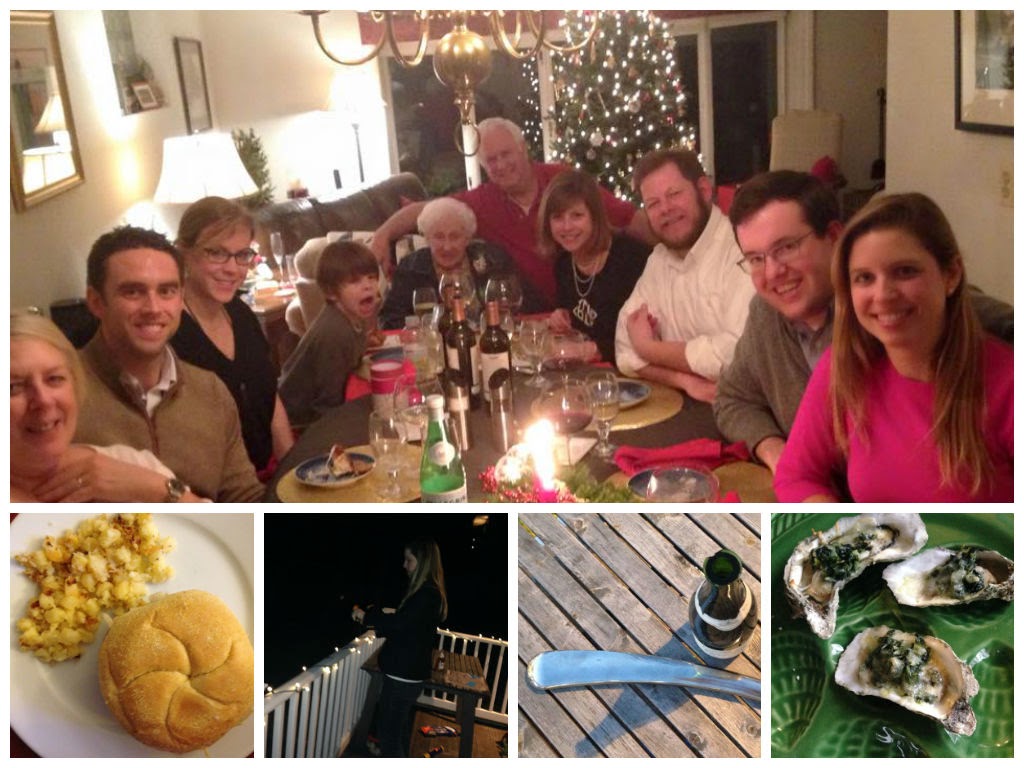 Speaking of food and booze, the above is just a small taste of our Christmas festivities. My brother and sister, plus Cail and Clark, were all in Maryland for Christmas - it was the first time we were all together for the holiday. For logistical reasons, Bill didn't go home to his parents' until after Christmas, so he was there, as well.

Dinner at my parents' house was festive and fun. Oysters, prime rib dry-aged by my parents, cheesecake and lots of cookies. We came home and Bill spent the night and even made breakfast for us in the morning (Taylor pork roll!). That night, we went to Cooper's parents for red meat round two and more Christmas cheer.

The day after Christmas, Tom and Cail and Erin and Clark and Dixon and I had lunch at Carrol's Creek Cafe in Annapolis, then everyone came up to our house for post-Christmas festivities with our friends.

Tom and Cail gave us a sabre for Christmas, so we spent the whole week following the holiday knocking the tops of champagne bottles. Fun stuff.

A bunch of that sabreing took place on New Year's Eve, when, like last year, we had the Bargers and Kennedys and Swartses - and their kids - over for dinner. 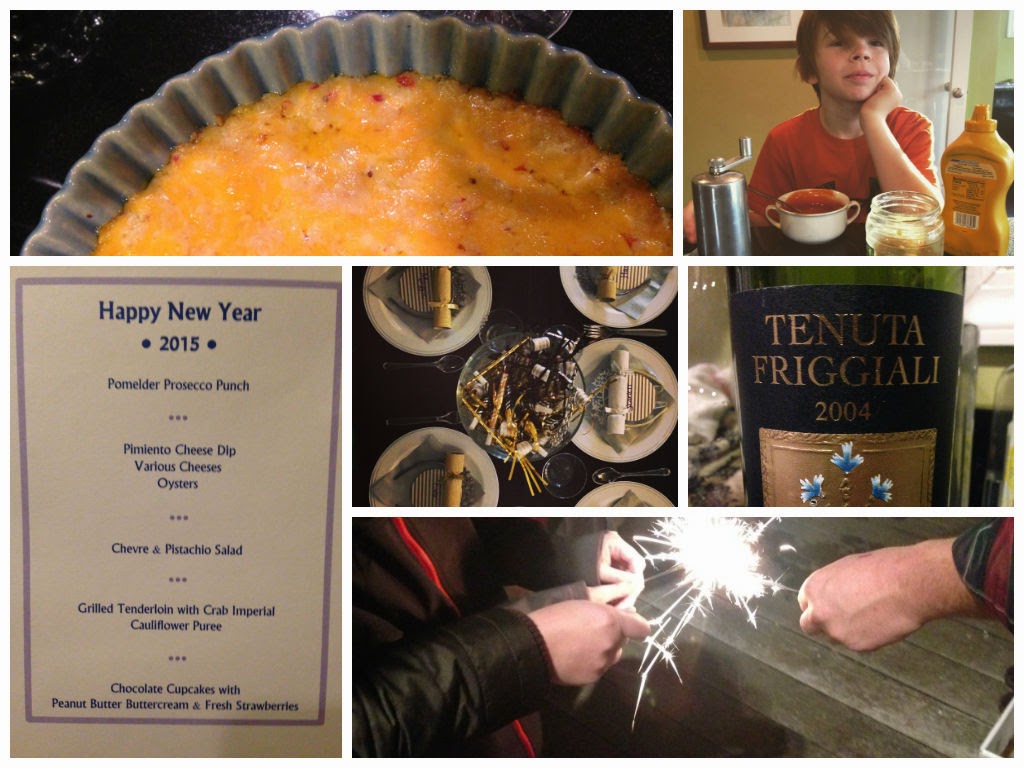 Before dinner, we drank pomelder prosecco punch and ate Alicia's hot pimiento cheese dip, which was so good, in an old school sort of way, and a bunch of oysters (both raw and grilled).

With the reasoning that if it ain't broke, don't fix it, we stuck with last year's menu of tenderloin and crab imperial, plus cauliflower puree that is seriously so good. Alicia made chocolate and peanut butter cupcakes and we drank a couple bottles of Brunello that we've been saving...and more than a couple bottles of Montebuena Rioja. Plus, the champagne.

Kids had nuggets - with Dixon's special nugget sauce - and about six hundred candy canes. Dixon put himself to bed in the middle of the party (typical) and everyone else got to play with sparklers. It...was better for some than for others.

Last year, nearly all the kids held on until midnight. This year, there were meltdowns all around when 11 hit, so the only people who made it were the Swartses (and even then, Eva passed out, face down on the sofa, before midnight rolled around).

It was such a great way to kick off a new year - surrounded by friends and family. And eating such good food.

I hope everyone else's 2015 started out on such a great note!
Posted by Kit Pollard at 1:12 PM