Garden and Gun just announced the winners of their 5th annual Made in the South Awards and, as usual, I am drooling. Especially over this: 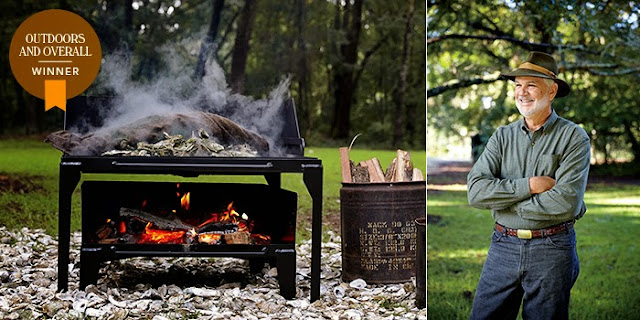 It's the Bulls Bay OYRO, a wood-fired oyster cooker designed and built by a man named Oliver Thames who lives in McClellanville, South Carolina. And it is amazing. 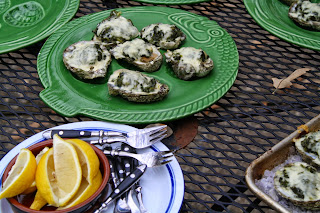 As soon as I saw it, I emailed my family. Oysters are, after all, the food that connects us most.

From the time we were little kids, stealing my dad's smoked oysters wrapped in bacon, my brother and sister and I have thought of oysters as the best kind of family treat.

We have them at nearly every family event (during the "R" months, even though, yes, we know that's no longer an issue). We eat them raw, grilled, roasted, plain, or topped with our special family recipe.

For my dad's 50th birthday, my mom threw him an oyster roast at their neighborhood beach. The beach has a bunch of big stone grills - they used those to cook the oysters, while we all stood around slightly shivering (it was March) and loving it.

Basically, oysters are the Waskoms favorite food. I mean, we love crabs, too, but oysters? They belong to us.

Which is why, as my sister mentioned, it is absolutely crazy that Cooper and I don't already have an oyster cooker in our backyard. It doesn't have to be the Bulls Bay cooker...though I wouldn't say no to that kind of gift. But even something more haphazard, something homemade.

I think it's the right thing for us to do.
Posted by Kit Pollard at 9:45 AM

Can you get it done by this weekend? Thx in advance!

LOLOL. There will be oysters chez Pollard this weekend, of course. Raw & on the grill! Just not THIS grill.