The weather has been a little strange this summer - cooler than usual -so the garden is off kilter. Usually, we're knee-deep in tomatoes during August; this year, our tomatoes are just starting to ripen (and as fast as they ripen, the squirrels get them).

Cooper always has lots of success with peppers; this year has been no different. We're harvesting tons of cayennes, which we're drying and smoking for hot sauce and crushed red pepper flakes. Burt, who has worked at Pollard's since Cooper was a kid, has pickled a bunch of banana peppers for us. And over the weekend, I used the last of our ground venison (from a deer shot by Burt's son, Michael) to make stuffed peppers: 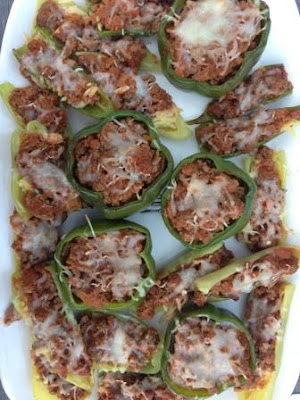 I mixed the meat with ground beef and browned it with an onion and garlic. After seasoning the meat, I doused it in pureed tomatoes (canned, San Marzano) and mixed in a healthy helping of parmesan.

I blanched the peppers, then stuffed them with a layer of orzo and a big pile of meat, then topped the meat with Monterey Jack and baked them at 350 for about 30 minutes.

The result was, truthfully, a little underseasoned. But a quick dash of salt fixed that - and they were good!

Now that September is here, our figs have arrived. When this happens in one day: 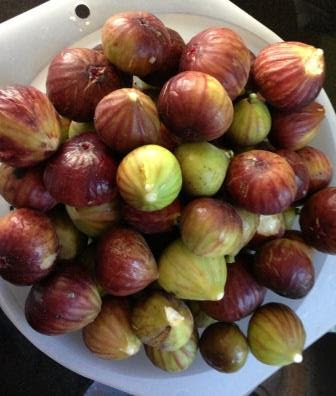 It means it's also time for this to happen: 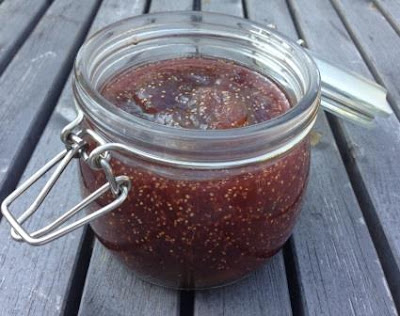 I took inspiration from Meg, cooking down a whole mess of figs to make a bourbon-lemon-fig jam. Even without pectin, it gelled gorgeously - and it has great flavor. A solid way to use lots of figs. We're picking dozens a day right now - and I can only give away so many!
Posted by Kit Pollard at 9:00 AM

Sure you can - you can give them away to me!