I've written about Patrick before. He's Alicia's brother - an artist and a singer in a a really fun band that plays just a couple of times a year. We saw him perform on Cooper's birthday - it was pretty great.

Even greater? Finding myself tagged on Facebook in a drawing and a painting. Patrick's recent work has a distinctly Mad Men vibe (though separate from the show, which he hasn't watched yet). This is the first place I found myself tagged: 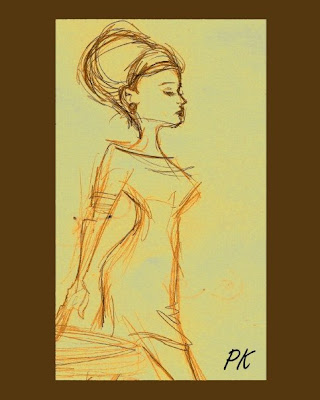 If only I was that thin. But still, kind of a great look, right? 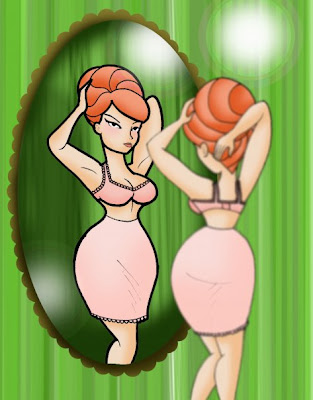 Awesome? Yes. Especially the red hair because, despite the fact that my hair mysteriously turned mostly brown when I was 23, I still identify as a redhead.

There's more where those came from - Patrick posts his art on Facebook. It's really amazing. Even the paintings that aren't of me.